Congratulations to the finalists for 2014 European Digital Woman of the Year™ Award!

Initially Martine studied philosophy because she wanted to learn about people and life. Afterwards she did a degree in business administration, where she learned about the technical knowledge on the job and discovered that she is more a “techie” than a philosopher. However, according to Martine, it is the combination of her technical insight and philosophical approach that has helped her a lot to become who she is.  Among many other accomplishments, Martine is Member of Executive Committee of BEL20 Company Telenet, Senior Vice president of Telenet For Business, with an annual 350Mio turnover, and responsibility for 300 employees.  She launched CoderDojo Belgium with 25 clubs in Belgium for children from the age of 7, where about 900 children attend coding workshops every month. 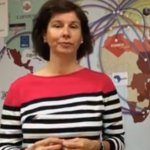 Cathrin joined DANTE in 1997, after studying a degree in International Business. She had stumbled upon an advert in the Guardian which said: “Not for profit organisation, cutting edge Internet technology, looking for a new member of staff with an international profile.” During the interview Cathrin realised she was more than a little out of her depth. DANTE had 11 employees and was much like a typical internet start-up at the time, albeit in the not-for-profit sector. Their goal was ambitious – to organise and operate a European research and education networking infrastructure. Excited by the challenge and the potential benefits this network could bring to society, she famously stated: “I can learn that” and got the job on the spot.  Among may global accomplishments, Cathrin is project manager of the DEVCO funded AfricaConnect project which builds the first ever telecommunications infrastructure crossing borders in the African continent, and she plays a leading role in the GÉANT project, a collaboration between 41 European partners. GÉANT plays a crucial part in the European Commission’s Excellent Science: e-infrastructures program with a vital role to ensure Horizon 2020 project participants are able to collaborate, share and access data, discuss and learn together, and test their innovations across the network unimpeded. 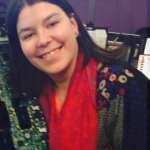 From a young age, Esther was leaning towards technology. Her family still remembers how she would play for hours with any electronic toy or how enthusiastic she was when assembling a new toy like pirate ship from Playmobil. Throughout, science and mathematics were always a passion for her and it was something that she never lost. When faced with the university studies choice she was told may times that engineering was a difficult path. She also saw that it was a manly male dominated environment. However, she never hesitated and followed her heart even with all the bias that she was faced with.  There was no specific role model that inspired her. It is actually this lack of female role models that drives her today to be a role model herself for people currently working or studying. That also driver her petition to the entertainment industry.  Among many achievements, Esther has launched “WISE EMEA” – ‘Women in Science and Engineering’ is a Cisco employee recourse group which includes 200 members across all countries in EMEA; and WIN, ‘Women in Networking,’ – a group of female technical support engineers that aims to attract, build and retain strong female technical support engineers, which includes than 100 female engineers. 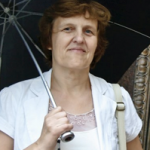 Valentina is impassioned about technology for two reasons:  She has had a passion to support rural education with modern technologies since her homeland, Lithuania, became independent in 90s and there was a huge demand to reshape education by integrating modern technologies in schools.  And, she had a wish to support talented children, especially in mathematics and information technology. After Lithuanian independence, Valentina started many initiatives for bringing digital technologies to children, including BEBRAS, an online platform to teach technology to kids that has reached 40 countries around the world and more than 5 million children. She initiated bringing Lithuanians to the international Olympiad in Informatics in 1992.  In the early days, Valentina organized Olympiads in Informatics for school pupils in Lithuania, and then she established the Baltic Olympiads in Informatics in 1996.  She is  founder of two international journals, author of over 200 scientific publications and of 60 textbooks on Informatics & Education of Informatics.

Join us at the 2014 European Ada Award Ceremony – taking place as part of the “e-Skills – Making a Career with Digital Technologies” event on 30 October 2014 in Rome, Italy – where we will announce the 2014  European Digital Girl of the Year™!