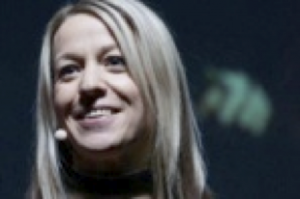 Che is founding director of the Digital Leadership Institute, a Brussels-based international NGO with a mission to promote inclusive digital transformation. In 2018, Che received a Global Mobile Award for making an “immeasurable impact” on increasing diversity in tech around the world, and in the same year, the Financial Times placed Che among the 100 Digital Pioneers of Europe.

In a career spanning 25 years, Che has held leadership roles in blue chip companies in the transport, banking, telecom and IT industries in Asia, North America, Europe and Russia. A noted figure in European technology policy, Che has spent over a decade leveraging disruptive technologies for the benefit of the world’s most under-served communities. Che’s pioneering work is recognized by the UN, European Parliament and private sector organizations, and Che is regularly invited to speak and author articles on subjects of digital disruption, entrepreneurship, innovation, inclusion and the workforce of the future. Che’s articles have featured in major news outlets around the world, including The Economist and Financial Times, and in global business and policy journals. Che has presented at the UN, W20, European Parliament, and global industry events like Mobile World Congress, TEDx, EmTech, OSCON and FOSDEM.

Che has a degree in International Relations, Law & Organizations from the Georgetown School of Foreign Service and a Master of International Business Studies from the Moore School of Business at USC. Che is both Belgian and American, and speaks, reads and writes English, Japanese, Dutch, French, Italian and Russian.