Congratulations to the finalists for the 2016-17 European Ada Awards that recognise top girls and women in digital studies and careers in Europe, and the organisations who support them! Join us on 8 December 2016 at The Square Brussels for the fourth annual European Ada Awards Ceremony — taking place as part of Garages 2016 and the European Commission’s Vocational Skills Week 2016 — where we will announce the 2016-2017 European Ada Award Winners! 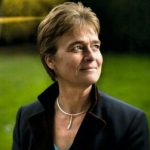 Saskia Van Uffelen has been working in the sector of information and communication technology (ICT) for over 25 years. She has held national and international sales and marketing functions in leading companies such as Xerox, Compaq, HP, Arinso, Bull and CSB Consulting. Thanks to her experience to transform a product driven organization to a provider of services and solutions, Saskia was appointed in 2014 as CEO Belgium and Luxemburg of Ericsson bringing her through the Telecom offer in the heart of the Networked Society.Since 2012, the federal ministry of economic affairs appointed Saskia Van Uffelen as ‘Digital Champion’ for Belgium in support of the mission of the European Commission. 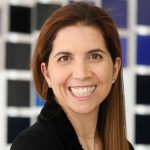 Nuria Oliver is a computer scientist and holds a Ph.D. from the Media Lab at the Massachusetts Institute of Technology (MIT). She is one of the most cited female computer scientist in Spain, with her research having been cited by more than 10200 publications. Nuria is well known for her work in computational models of human behavior, human computer-interaction, mobile computing and big data for social good. Nuria is also interested in making science available to the general public. She has been a technology writer for Tecno2000 magazine and ‘El Pais’ newspapers, among others. Her work has been featured on multiple newspapers, magazines, radio and TV stations both in Spain and the US. 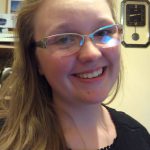 Cerys is a fourteen-year-old who has a passion for technology. Over the past couple of years she has got very involved with Raspberry Pi Computers and now runs her own raspberry jam in her hometown. She also helps at a code club and visits events right across the UK. There is a growing number of media clips and blogs on the internet that she been involved in, all aiming at getting young people–especially girls–involved in tech. Her motto is “if I can do it, you can too.” 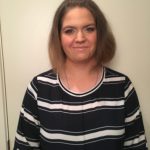 Gabi is fourteen years old and has been programming web and smartphone apps for three years. She builds digital projects and has a passion for creative digital content like music and graphics. Gabi regularly participates in coding activities in school and in her community, especially those reaching out to girls. Her first project was a website to promote ICT to girls and women. Gabi started volunteering at young age and is a member of the school archery club and woodwind orchestra. She is always keen to try new things and believes everybody can be good at something.

CyberMentor is Germany’s largest online mentoring program for girls in STEM (MINT in German). Up to 800 pupils from 5th to 12th grade are accompanied by a personal mentor for one year. The mentor serves as a role model for STEM activities and provides guidance on the choice of subjects and studies. Mentoring is provided via a protected online platform with mail, chat and forum, and is supported by a wide range of information on STEM, studies and professional choice. Cybermentor has been very successful since 2005: After leaving the program, 71% of all former participants choose an STEM subject as a subject or a course of study.

2016-17 European Ada Award Winners will be announced at the fourth annual European Ada Awards Ceremony on 8 December 2016 at The Square Brussels, in celebration of the 201st anniversary of the birth of Lady Ada Lovelace! Public attendance is welcome but registration at this link is required!